Pepper slowly makes her way to the living room, taking off her heels along the way and sipping on her glass of wine. She sits and slowly unbuttons her blouse and takes her skirt off, making herself comfy after a long day at work. She takes another sip of her wine and is suddenly hit with exhaustion, maybe too much, and questions why she’s so sleepy. She helplessly tries to fight it off but gives in and falls into a deep sleep. Dixie walks into the room with a bag and a smile on her face. While she removes Pepper’s panties, she tells her that maybe se shouldn’t leave her blinds open cause you never know who is watching. Dixie knew her after work routine and spiked her bottle of wine prior to her coming home. She brings out rope, ties Pepper’s limp wrists and ankles together and forces a ball gag into her mouth. Dixie takes off her own clothes, kneels down and spreads Pepper’s ass cheeks apart revealing her asshole. She proceeds to eat her booty hole as Pepper sleepily responds with light whimpers and moans. Finally, Pepper comes to and is startled to see her intruder eating her ass but has an orgasm anyways. Dixie threatens her, telling Pepper that she’s going to eat Dixie’s pussy and make her cum. Pepper does as she is told and make her intruder orgasm. With that, Dixie puts the gag back in, ties above knees, undoes ankle ropes and leads her away with a rope collar, telling Pepper she’ll get a pretty penny for such a beautiful redhead. 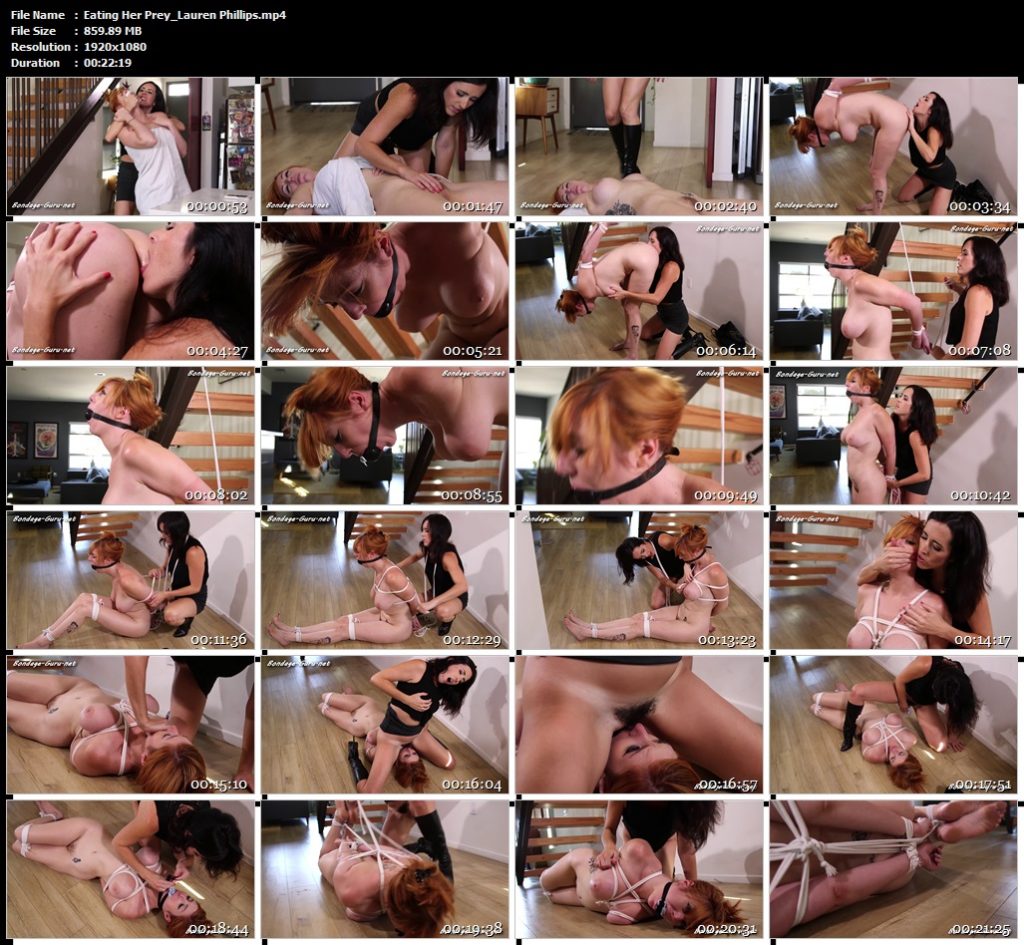