It was late at night. I intended to keep going with this clip but Monica was exhausted. It was late at night so I didn’t get to finish the way I would have liked to. She tires out and asks to stop. I must not have been paying close attention because as I imported the footage I saw the exhaustion come on to her. She poses in her lingerie, she gets put into huge pantyhose both of her legs in one leg of the pantyhose and then her arms put into the other leg. She stuffs her mouth and I wrap a nylon around her head. The bullet bra is left exposed. She gets an enormous blue ballgag. It is hard and almost 3 inches, not forgiving at all…. She is taped to the post and struggles for a bit. When I go to change her gag she taps out, still longer than most of the other sites updates I suppose but I had big plans for her. 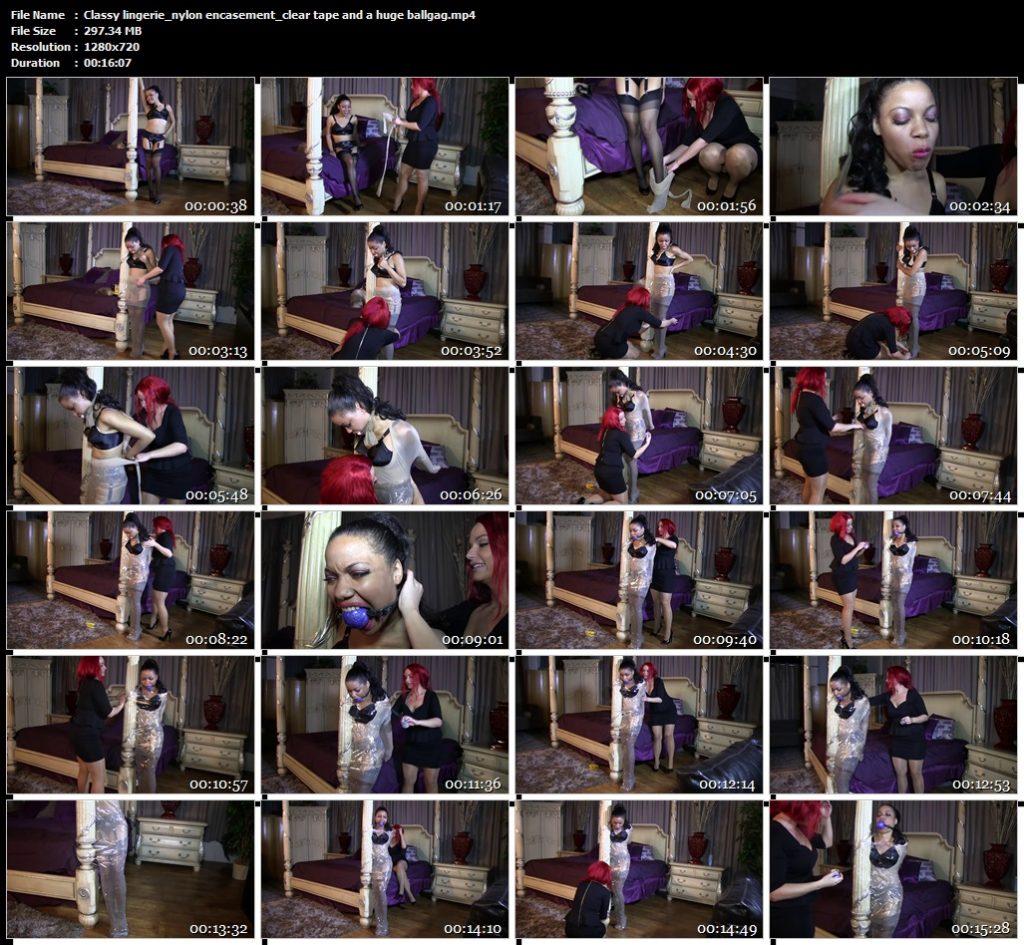