Just having knocked off the local bank, I am desperate to find a place to hide until the cops leave the area. Going through backyards trying to avoid capture I creep up to a house. I jimmy open a window to get in the house. I hear someone talking outside in the backyard and see Vanessa laying out poolside on the phone going off about the homeowner. Vanessa who is lounging in a sexy bikini and criticizing her actress friend. I go outside and confront the chubby young girl catching her off guard. She believes I am her friend’s talent agent and starts gushing over how she’s always wanted to be an actress. I flatter her saying I will help her audition for a part. Vanessa thinking this is her big break agrees to whatever I suggest. I tell Vanessa that the script is about a girl captured during a robbery and in order to make the practice more real it would be a good idea for me to tie her up. Vanessa tied up very tight. Once Vanessa is tied up I have her test her bonds. Vanessa complains about the tightness and I tell her it has to be real or the effect will not come off. Once the naive girl questions why she needs to be gagged I stuff two cotton rags each one into her mouth one by one then wrap her pretty face with layers of tape. I move my captive to the floor and she struggles frantically. Her futile attempt at freeing herself fails and now helpless Vanessa tries to scream at the top of her lungs to alert anyone on her situation but that only make the wads go deeper almost choking her. She notices a black bag on the table near the couch struggles over to it trying her best to knock it over with her feet and knocks it over spilling the contents on the floor only to find a bag of money, a ski mask and other things. Just when she realizes she’s been fooled I return. Vanessa wide eye from fear as another piece of rope and begins to place her in a painful hogtie. Vanessa screams and grunts into the gag fighting for her very life but now is too late for Vanessa to escape or scream for help – she’s completely alone and helpless! 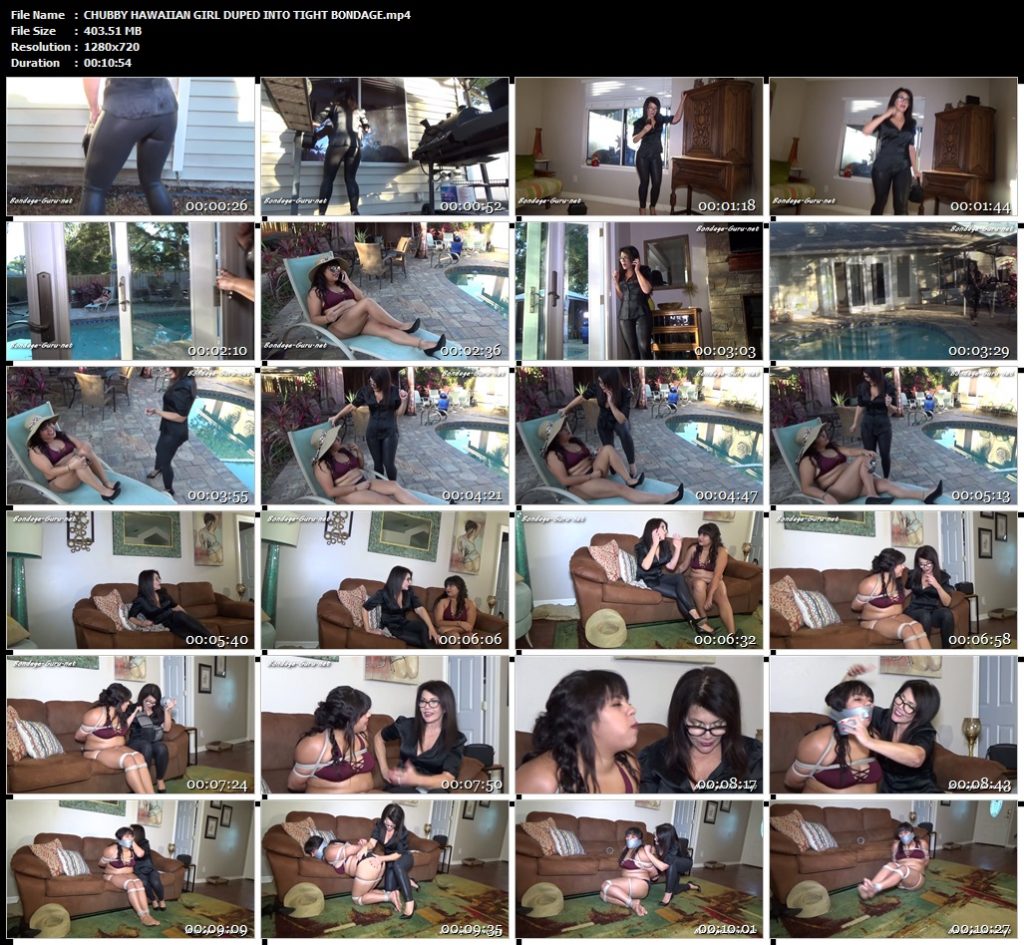