Chrissy had recently confessed to her girlfriend Star that she has always wanted to try bondage so she was pleasantly surprised when she arrives at Star’s place to find her dressed like a dominatrix in all leather. Now Star has Chrissy tightly bound on the bed and plans to have her way with her helpless lover. Chrissy is wearing a leather lingerie set complete with thigh high stockings and stiletto heels as well as a leather slave collar. Her wrists and ankles have been strapped into leather cuffs and she is tied spread eagle face down on the silky satin sheets. Star enters with a flogger in hand. She proceeds to blindfold Chrissy so she can’t see what’s going to happen to her next. Then she straps a ball gag tightly into Chrissy’s mouth. Star begins to tease Chrissy with her fingertips running along her body… but the sensations quickly change when Star starts whipping her with the flogger. Chrissy squirms and moans as the flogging intensifies. Then Star switches to a studded leather paddle and gives Chrissy 10 hard swats… getting Chrissy used to what it’s like to take punishment. This paddle is much more severe than the flogger and it’s obvious in Chrissy’s reaction when it first lands on her soft flesh. She begins to drool from her gagged mouth as she counts each stroke as instructed.

After the paddling is complete Star begins to release her from the leather cuffs. This makes Chrissy think that it’s over already but that is far from the truth. Star removes Chrissy’s top and turns her on her back then reattaches the leather cuffs then swaps out her ballgag for a leather panel gag. She begins to pinch and play with Chrissy’s nipples preparing them for what’s coming next. Chrissy hardly expects it when the harsh clover clamps bite down on her sensitive nipples. Such an intense combination of pain and pleasure! Stars proceeds to flog Chrissy’s front to further torture her clamped nipples. Chrissy takes her punishment well so Star decides it’s time for a reward. Chrissy hears the vibrator click on and recognizes the familiar sound. Star teases her with it until she finally works it between her legs. Chrissy writes and moans in ecstasy getting closer and closer to orgasm as Star teases her and tugs on the chain of her nipple clamps. Eventually she presses it right against Chrissy’s sweet spot causing her to have a body shaking orgasm. Star removes Chrissy’s gag and they share a kiss. She tells Chrissy that she is going to leave her like that until later on… she’s not quite done with her yet. Star leaves the room and Chrissy calls out for her to come back. Star returns and says “Oh, I almost forgot something” and puts the panel gag back in her mouth then leaves. Chrissy sensually struggles bound, gagged and blindfolded on the bed anxiously awaiting Star’s return. 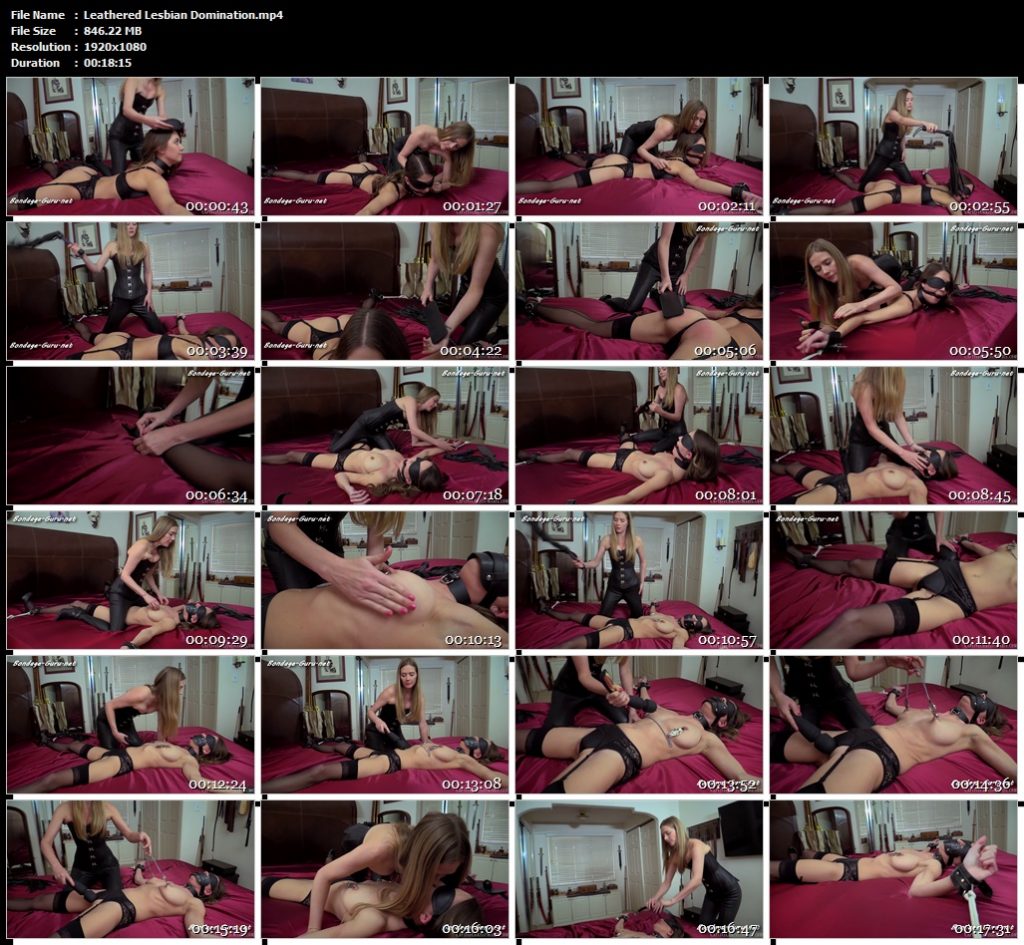