The Black Cat breaks into a warehouse looking for valuable to steal. Unbeknownst to her, UltraGirl is on to her and has just landed outside. UltraGirl enters the warehouse and confronts The Black Cat. “Your thieving days are over” she says. The Black Cat confidently mocks her… she’s not going down without a fight. They lock arms and wrestle a bit but UltraGirl uses her ultra strength to pin The Black Cat against the wall. “I’m taking you in” she says. Just then the Black Cat scratches UltraGirl on the neck. Her claws have a knock out drug in them. UltraGirl staggers and falls to the floor, woozy and confused. Her eyes flutter shut and The Black Cat proceeds to play with caress UltraGirl’s limp body. As the scene ends she says “This will be my greatest score of all time” as she tugs on UltraGirl’s costume.

UltraGirl is now stripped to her panties and hogtied. She wakes up to her predicament and struggles. She says out loud “Hogtie … why is it always a hogtie?” The Black Cat enters wearing UltraGirl’s costume. She taunts UltraGirl who remains defiant, running her fingernails around UltraGirl’s struggling body and licking her like a cat. She makes a point to lick UltraGirl’s nipples too. UltraGirl says “You won’t get away with this. The public will know that you’re not me.” The Black Cat laughs. “They won’t be able to catch me while I am wearing this” pointing to UltraGirl’s power belt…. “while I have all of your powers.” UltraGirl continues to struggle and The Black Cat finally ballgags UltraGirl and says “I can’t believe how easy it was to steal your identity … and your costume!” Black Cat laughs as she leaves. She goes outside and flies off leaving UltraGirl struggling helplessly bound and gagged. How will she manage to escape her predicament and get her power belt back from The Black Cat when she is completely powerless without it! 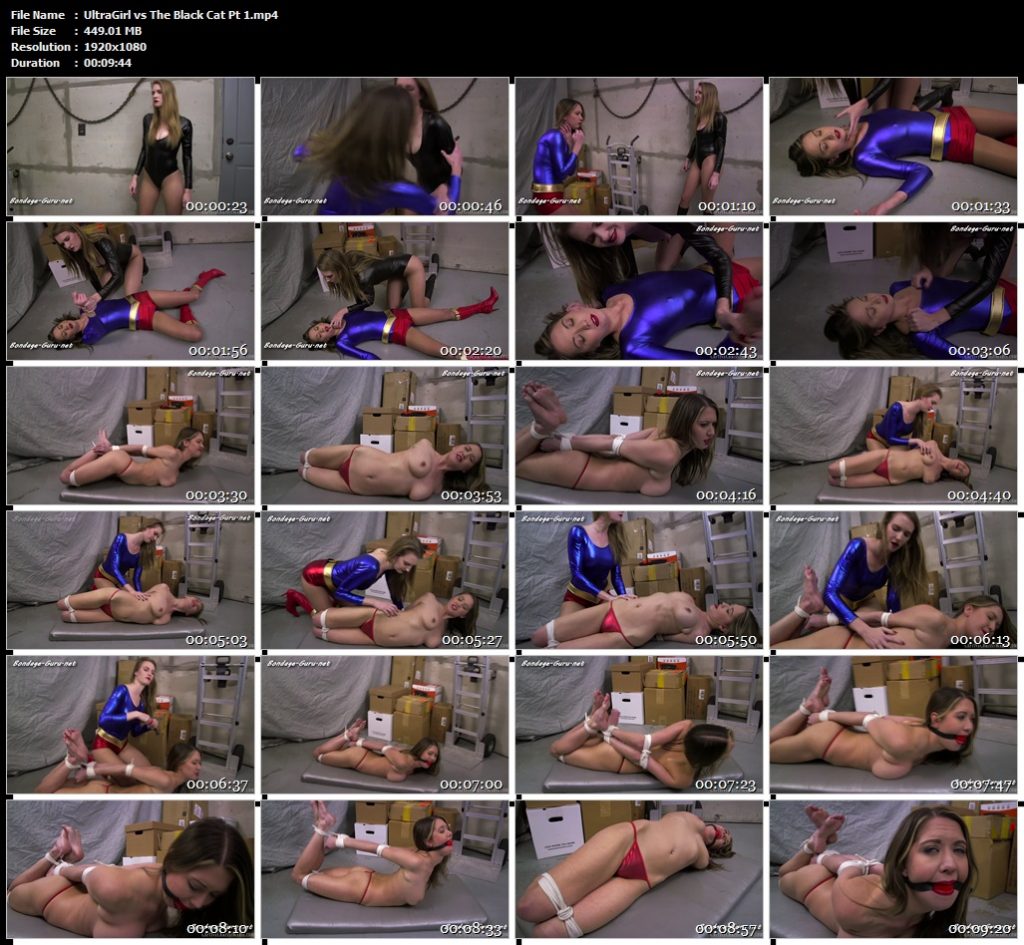