Officer Darla should have called for backup. But she didn’t expect one thief in body-length black spandex and high heels to put up a fight. Now she finds herself shackled down to a rusty old bed with her own handcuffs! Sandra takes her time with her captive cop plaything, giving the restrained redhead’s beautiful boobs an aggressive groping with her hands and tongue, followed by an intense orgasm. Sandra just intended to steal the jewels, but now it looks like she’s going to keep this cop as well! This was a specific, scripted custom video for a fan. Want one of your own? Go to http://sandrasilvers.com/customs for details! 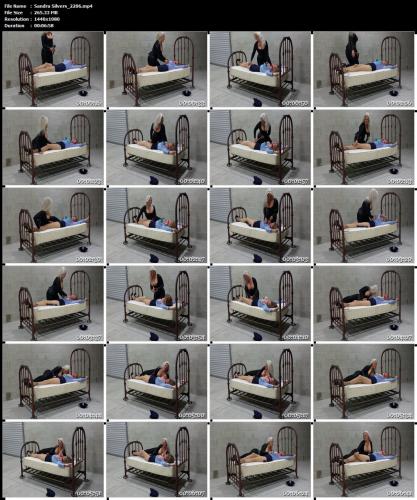