Blair Blouson and Jayme are coworkers and were up for the same promotion. When Blair gets the job Jayme is furious. Jayme suspects that Blair used some underhanded tactics to get the job. An argument ensues and Jayme wrestles Blair down to the ground and quickly binds and gags her. Jayme is gloating over the helpless Blair when they are interrupted by their boss. He doesn’t like the actions of his two employees and soon Jayme is also bound and gagged next to Blair while he decides what to do with his employees. Jayme and Blair are know both furious and helpless and argue as they struggle trying to get free. Eventually Blair and Jayme decide they need to work together to get free of their ropes and reluctantly work to free each other. Before Blair and Jayme can get free however their boss comes back and informs them that he is eliminating the jobs and their employment telling them to clear out their desks by the end of the day and then leaves them still bound and gagged! All bondage is consensual and storyline tongue and cheek. 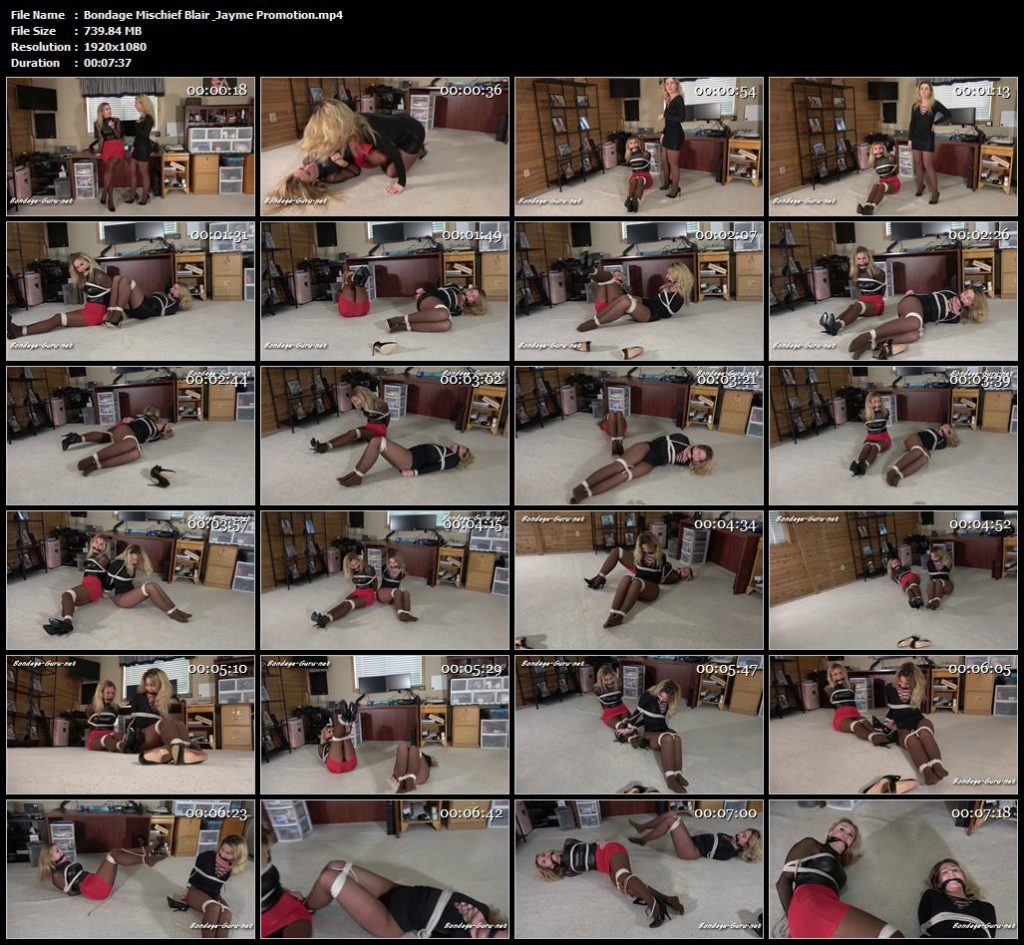 Bondage Mischief – Jayme I Need to Find Her

Natali REALLY gets it… – Natali Demore, JJ Plush – Born to be Bound

Private detectives caught and tied up by the Janitors – Bondage: JJ Plush, Born to be Bound