That Big Girl Next Door – Grab some rope and tie my ass up! HD

Sonya is waiting for her boyfriend at his house when she finds a kinky magazine in his sofa. As she looks through the book, she sees pictures of women bound and gagged. This really upsets her to think that her boyfriend would be interested in such disturbing material. As she waits for her boyfriend to come home, she dozes off. All of a sudden, she feels someone tying a rag in her mouth and she tries to fight him off. But a short time later, she finds herself bound and gagged on her boyfriend’s sofa. Since there is only a rag tied in her mouth, she tries to cry out. But her attacker returns and stuffs her mouth and ties the cleave gag very tight in her mouth. Now tied so tight with her mouth packed full, there is no hope for escape. All of a sudden, Sonya starts to feel something stir inside her and she begins to notice just how turned on she is. So turned on that she wants naughty things done to her. The more she squirms, the more excited she get and if she was gagged, she would be begging this man to fuck her. Then there is a loud noise of a door opening and closing. Sonya wakes up to find she is not tied up, but is spread out on the couch with her hand in her panties. In walks her boyfriend and she realizes that she was only dreaming. The boyfriend see the book and realizes that he has some explaining to do with Sonya. But she tells him to forget the explanation and grab some rope to tie her up. 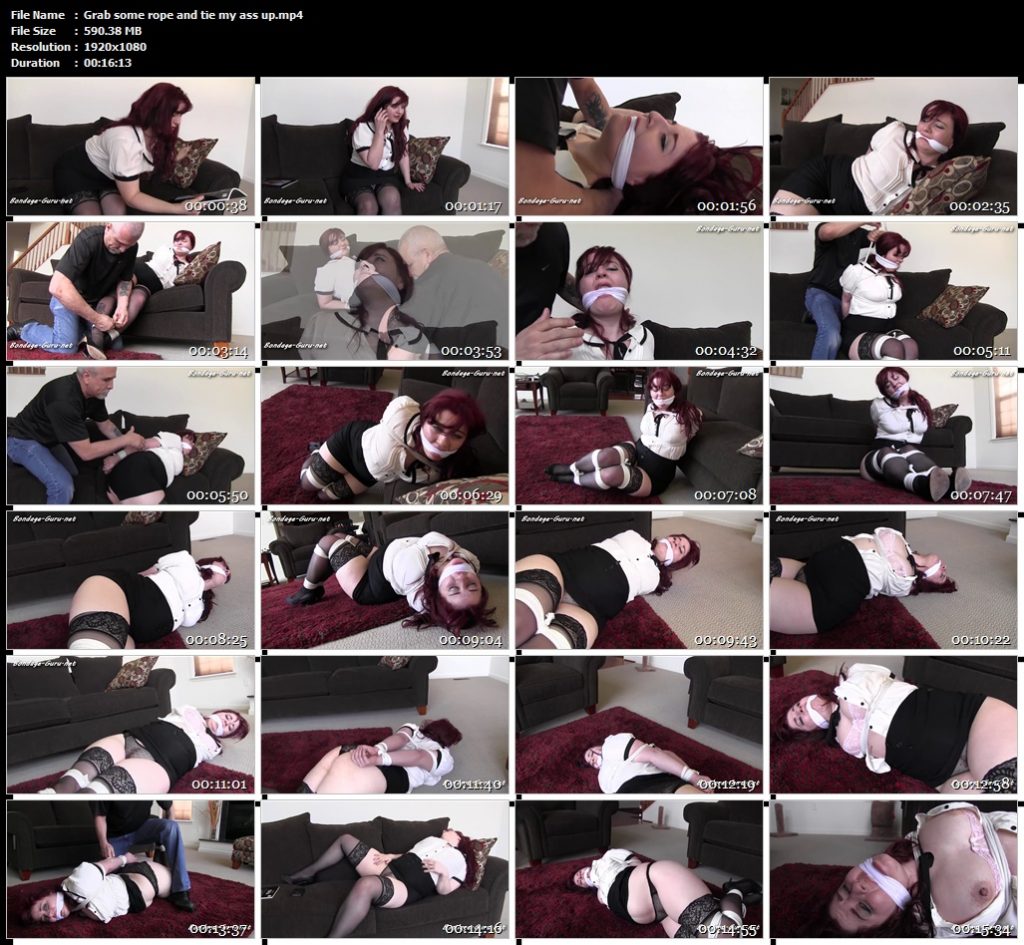