Terra spends her days in the office doing very little actual work and tormenting the men that work in the warehouse next door. She is always dropping her keys and bending over to pick them up, letting the wind whip her shirt up, and teasing them whenever she passes by their big open overhead door. One day she talks to one of the guys in the parking lot as she’s walking to her car. In her normal fashion, she lets the conversation escalate to a very sexual level. She mentions that she loves to be tied up and played with.. The worker feigns interest, but asks her if she’d like to come over after work and have a drink. She gets his address and says maybe.. She thinks he’s cute, but she really doesn’t know if she’d rather just keep it on a teasing level. The day wears on and she decides she’s going to do it. She’s gonna go to his house for drinks. She clocks out and brushes her hair and fixes her makeup. She texts him that she’s on her way over. He says “great” and grabs his huge bag of rope and a gag out of his closet and sets it on the bed. Terra had no clue what telling him she “liked to be tied up” was going to mean.. 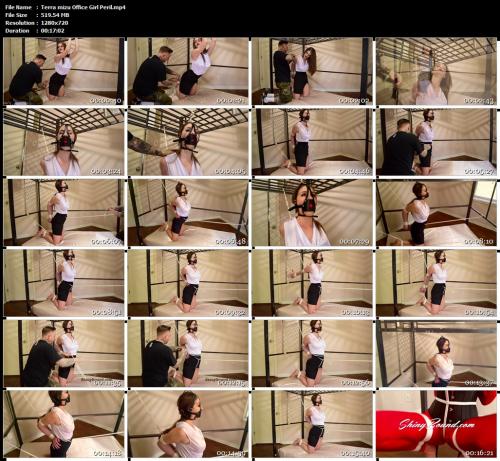