Whitney and Nyxon are both out having fun at a company Xmas party. They thought it would be cute to dress up as Santa’s sexy helper elves and their spandex catsuits were a hit. Whitney comes home a little early. They video starts with her already apprehended by the robber and hogtied in the bedroom. She squirms around but its no use.. Then she hears a noise that makes her shudder.. Keys in the lock.. Nyxon’s home! OH NO! She screams as loud as she can through her ballgag, but its no help. Nyxon comes stumbling in the door and is also immediately grabbed up and tied tight in a reverse prayer. The robber brings her into the room where Whitney is tied and the girls moan frantically! He sits Nyxon on the bed, ballgags her, and takes a few minutes to fondle and grope the gorgeous girls through their spandex suits.. He loves how their nipples poke through the shiny silky material.. Gaining his composure and remembering there’s a house to rob, he shoves Nyxon to the floor and hogties her as well. When she’s all tied up and immobile, he snugs the girls Santa hats over their faces and grabs his sack full of goodies. He says farewell to the helpless girls and leaves them tied in their room for Santa to come rescue. 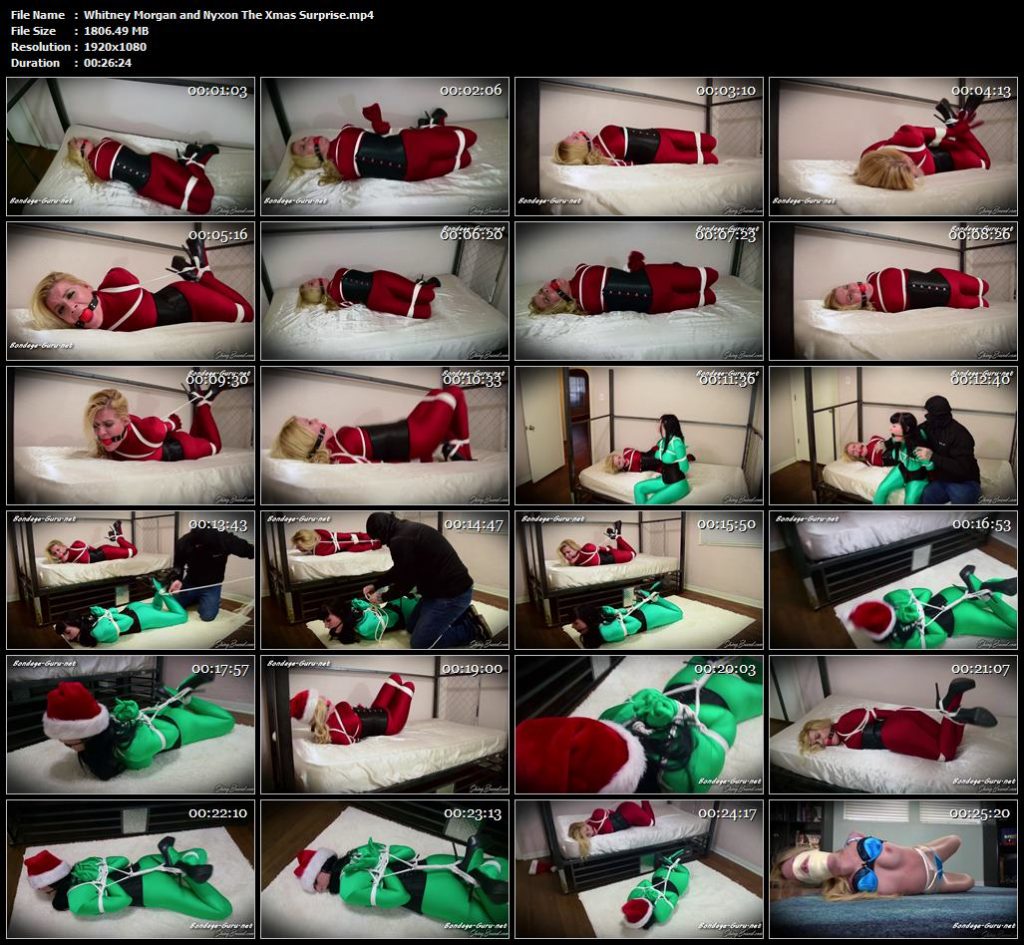