Spidergirl shows up to the lair of Dr. Roboto and enters carefully.. Unfortunately for poor Spidergirl, Dr. Roboto has been expecting her and has set up a trap for her! As she enters, she is grabbed and taken down! When she regains her senses, she is tightly tied sitting upright on an exam table with her legs spread and her arms bound behind her. She struggles hard, but can’t break these extra strong ropes. Dr. Roboto enters and just as she is demanding to be let go, he shoves a giant 3 inch ballgag into her mouth and straps it in tight. Spidergirls eyes get wide. She absolutely can not make a sound or push it out. Next he pulls out some scissors and cuts Spidergirls uniform right above her nipples, exposing her large luscious breasts! She squeals in protest. Next he ties a super-power sucking vibrator between her legs to steal her strength. He leaves her there to cum and suffer as her powers are drained. When he has drained her completely, he takes his scissors and cuts the rest of her costume and her nylons into shreads and removes her mask, exposing her identity! He leaves her there, drained and destroyed, for the police to find! 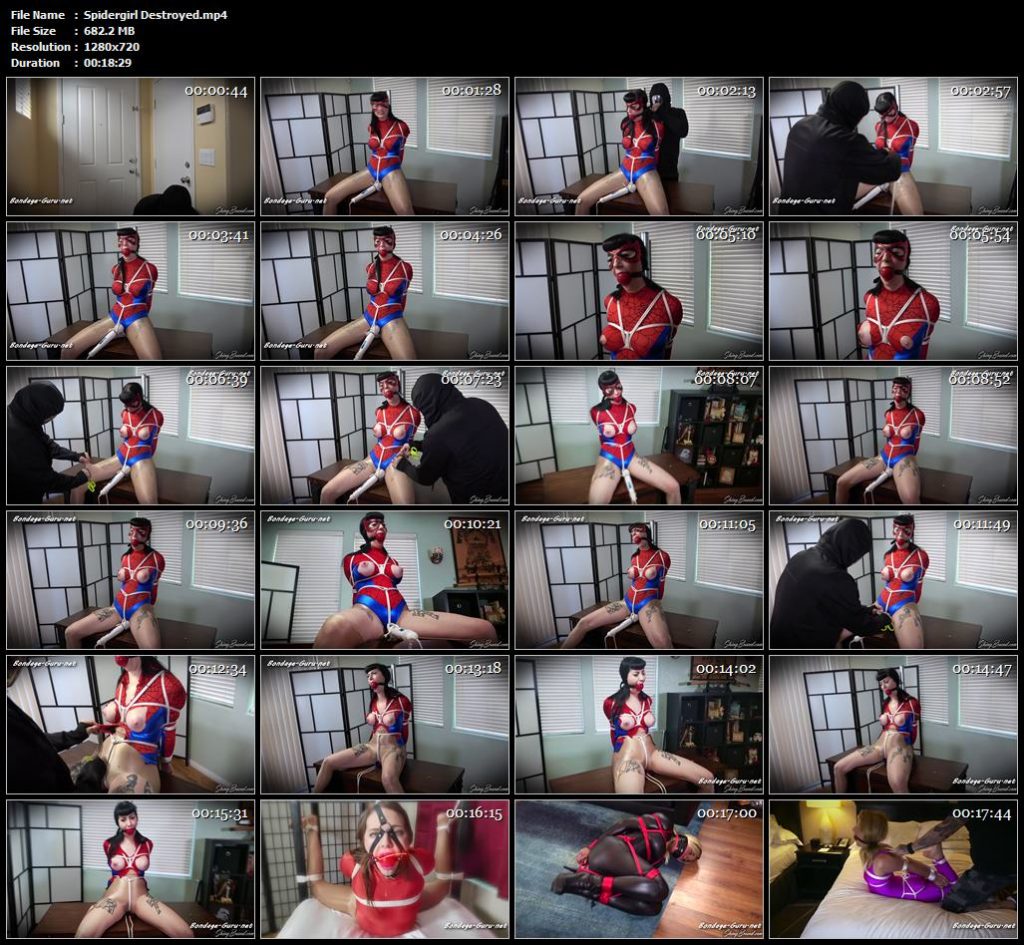