Gorgeous Nadia White puts on her sexy costume and shows up to her magician’s assistant job interview a little early. She is greeted and welcomed in by a stage hand holding a clipboard and he tells her that the magician is running late, so he will be conducting her interview. Te tells her that her position would be to aide in the escape challenge part of the show. Nadia thinks that sounds fine and asks what she needed to do. He explains that she is to be strapped up completely in leather belts and hooded and that he will show her how to escape it. He grabs some leather mittens and ties them over Nadia’s hands. He grabs a sponge ball and shoves it in Nadia’s mouth and then laces a tight leather hood over her face to hold it in place. Nadia mumbles something to him, but he is already strapping her elbows and wrists together behind her, paying her no mind. He tells her to get on the ground, where he straps her thighs and ankles together before rolling her over and pulling her in to a hogtie. He tells her that it looks very good and he takes some photos to send to the magician. “He is on his way here to meet with you, but he is stuck in traffic. I have to run and help out with another part of the show, but don’t worry, the magician will be here by 5. Also, I’ll be back soon to show you the trick for escaping all of that leather!” he smiles and runs along, leaving here there strapped up and helpless on the floor. She struggles hard and shoots muffled yells at him through her gag, but he is long gone. Nothing for her to do but wait to be set free. She glances up at the clock. Its just past 2. “5 o’clock!!!” she thinks to herself. “That’s 3 friggin’ hours from now!!” She struggles again trying to find a way out, until she wears herself out slumps over.. defeated. She is there for what seems like an eternity. Finally the door opens again and the stage hand comes running in. “Oh my god, are you still here?!” he says as he unties her. “It’s 8 o’clock!! Did the magician never show up?! I’m so sorry! Well he is a very busy man!” As soon as she is free he tells her that they will be in touch with her about the job and again scuttles off. 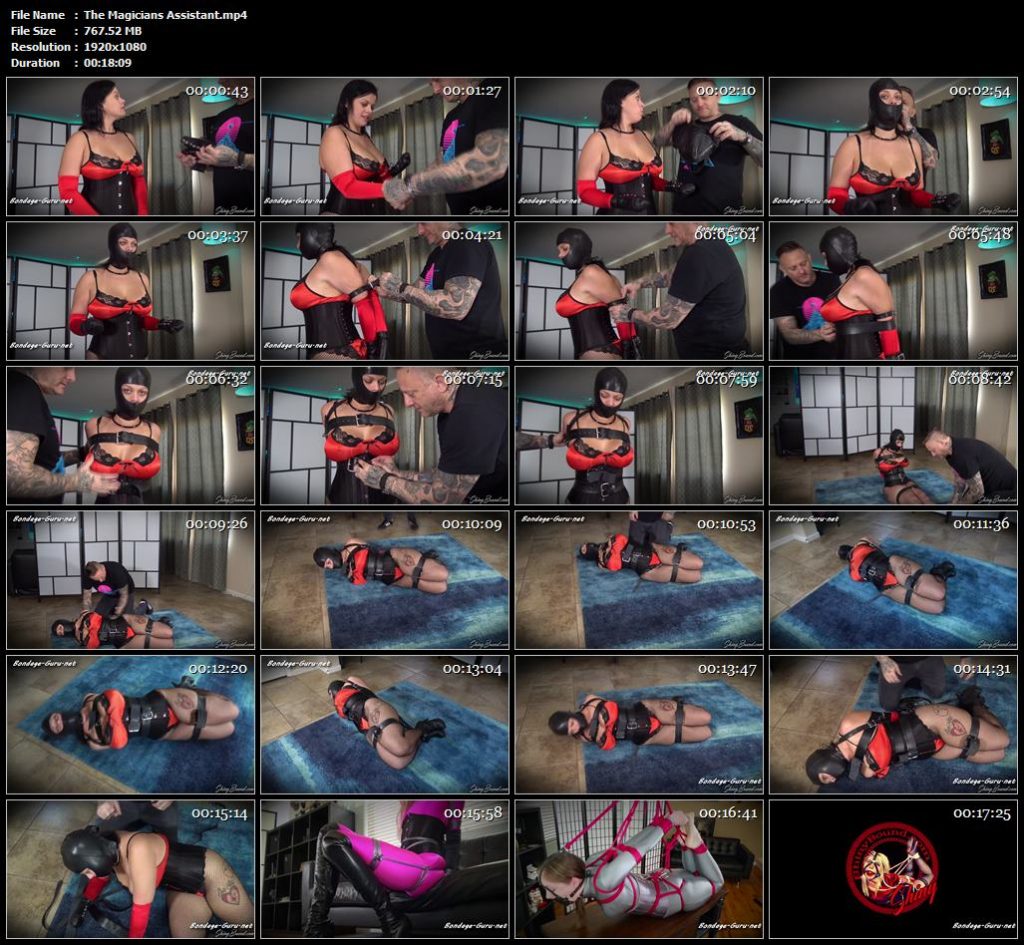 Girl Next Door Bondage – Nadia White – Refusing to shut my mouth got me mouth stuff and gagged!