Sexy Lola Anderson is awakened one night with a hand over her mouth! Startled, she tries to fight the intruder off! When the dust settles, she is tightly tied in rope and ballgagged. She is collared and the collar is connected to a chain that is locked to her bed. Again she tries to struggle and get free! The ropes are so tight! She rolls around and tries to push out the ballgag. Then she notices the man in the corner with the camera, recording her. “What is he doing?! Why has he done this to me?!” she thinks, still struggling to get loose.. After a half an hour or so, the man puts away his camera. He smiles. “I wasn’t going to hurt you, I just wanted to see you struggle.” He leaves her there tied up. He walks out of the house leaving the front door wide open. As he drives away, he alerts the authorities and tells them that The Bondage Bandit has struck again.. and then tells them where to find the poor young woman.. Soon to be further humiliated when the police show up at her door.. 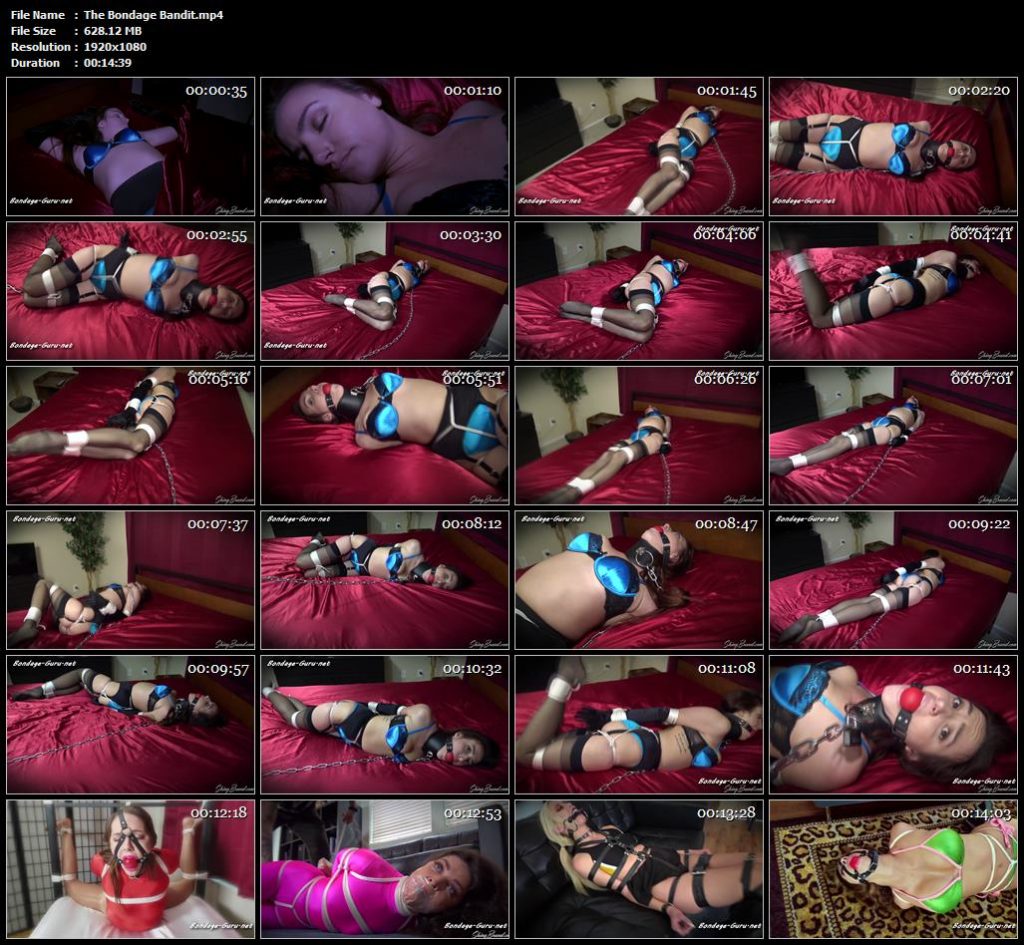