Now in the 2nd part.. The Birthday Boy comes back from having drinks with his friends and unties her. She yells at him for leaving her tied to a chair while he went out, but he reminds her he has paid her for 3 hours of her time, and it has only been an hour and a half. She protests, but she realizes that he is right. He smiles and she reluctantly lets him gag her.. This time stuffing her mouth with a large sponge ball and then wrapping her face with tape. She continues to try to protest and tell him that she is upset through her gag during the time he ties her up with tight rope, but he ignores her until she is completely bound from head to toe on the sofa. He stands back and admires his handywork, while she barks at him through the gag. He takes a spandex scarf and wraps it over the top of her taped mouth, further quieting her. He tells her that if she can escape the ropes within the time she has left, he will let her go. If she can’t, then he is going to pay for an extra hour of her time to watch her struggle and suffer. Poor Kendra. She won’t be doing many of these birthday parties after this! 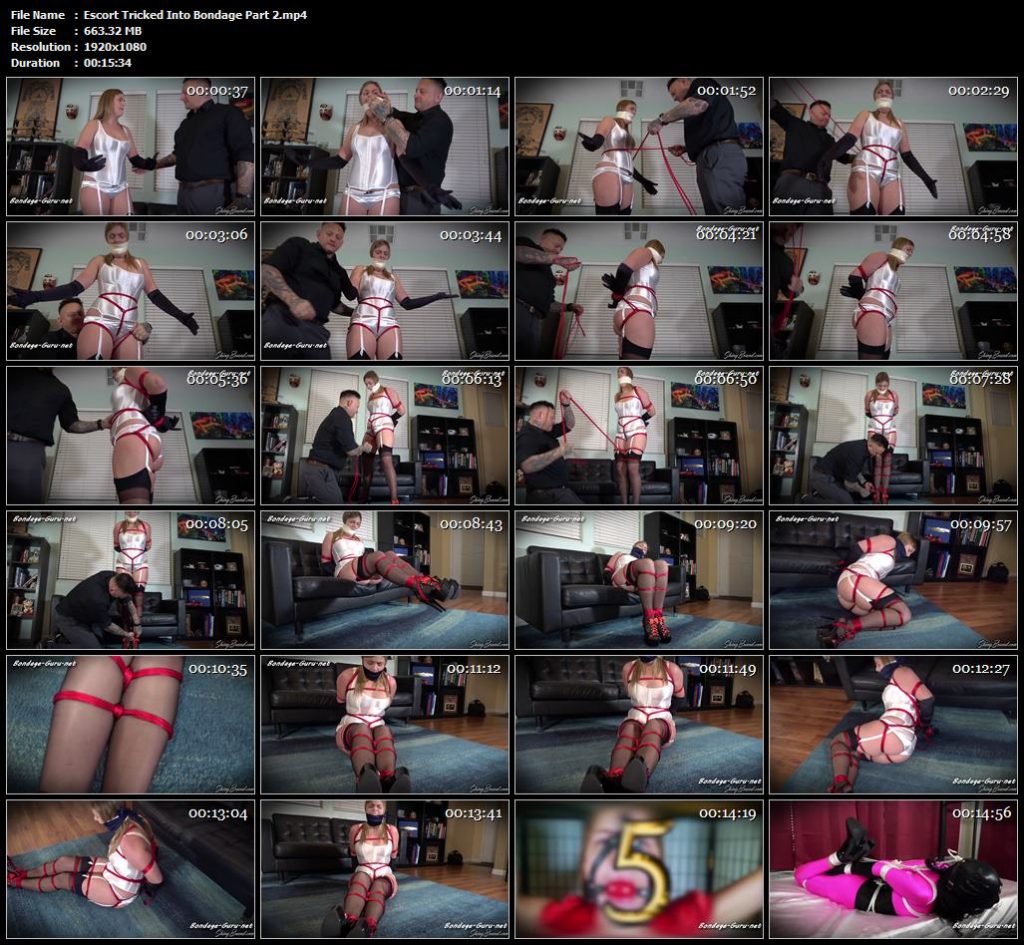 You have me all tied up! Are you going to fuck me or what! HD – Girl Next Door Bondage

Girl Next Door Bondage – Tie me up and rob me! Let me suck you and fuck you instead! HD