While on a visit to her cousins house out in the country, Terramizu decides she is going to go for a jog. Thinking nothing of it, she puts on her bright neon spandex swimsuit and leggings and heads outside to stretch. “Boy, I sure am glad I don’t live out here.” she thinks to herself. “Such a backwoods place to raise a family. It’s got a real ‘Deliverance’ vibe to it. I can almost hear the banjos now.” She giggles, grabs her water bottle, and starts jogging down the trail. As she gets out of eyesight of the house, she starts to get a weird feeling. But she doesn’t want to miss out on her steps, so she jogs on further. She is just about 2 miles out now and decides to double back and head for home, but before she can, a hillbilly redneck type in camo shorts jumps out from behind a tree and grabs her! She tries to fight him off and yell, but he cups his hand over her mouth and drags her away! Darkness. Terra has been taken somewhere dark and she can feel the cool concrete floor under her butt. She is tied up tightly in a sitting position, gagged, and blindfolded. She tries to yell out, but only succeeds in a steady stream of drool falling down and painting murals on her silky leggings. She sits there for what feels like hours. Finally after some heavy struggling, she manages to kick her feet free of the ropes and stands herself up. The room is pitch black because of the tight blindfold, so she slowly feels around being careful not to trip or run into a wall. When her captor returns, he grabs her and ties her by the neck in the center of the room. “That should keep you out of trouble” he sneers. Terra tries to plead with him and to get free of her ropes, but her torso and arms are so tightly bound, that all she can do is some very slight hand movement. The giant rubber ball gag in her mouth also rendering her attempts to communicate incomprehensible. What is his plan for poor Terra?! 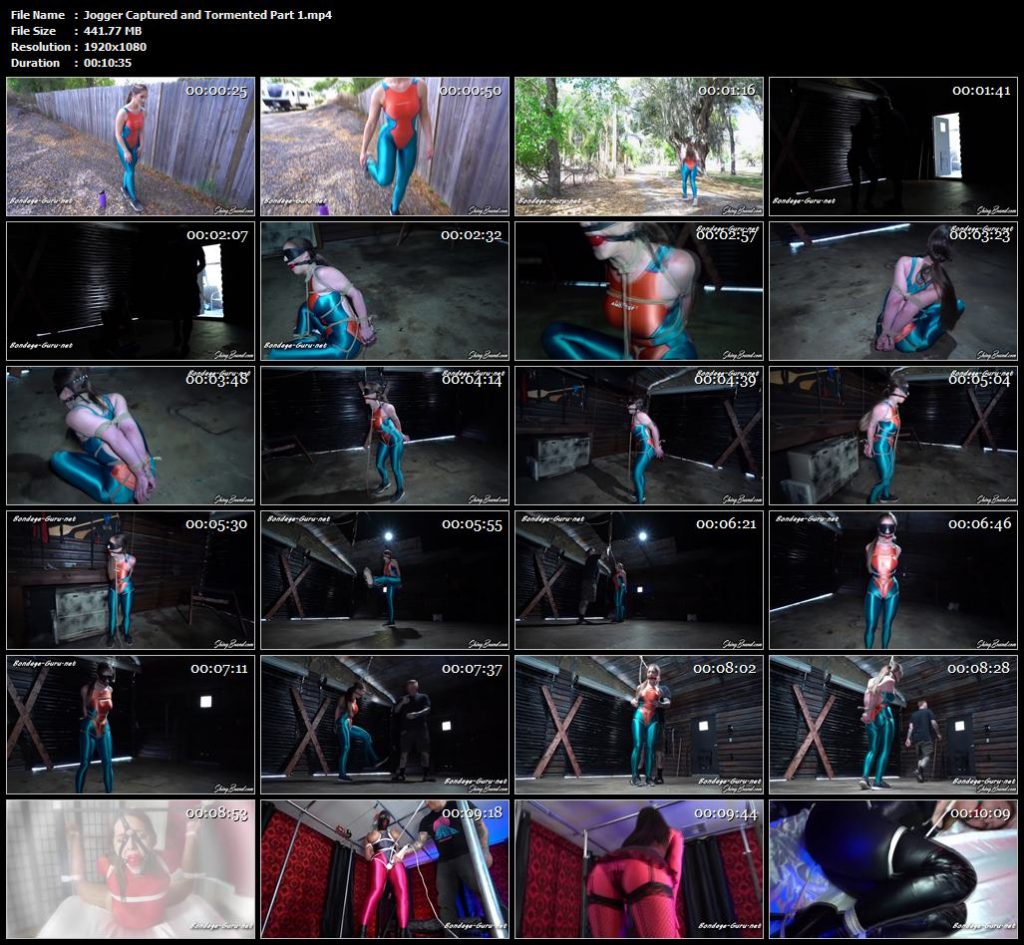