Shiny shows up to Nyxon’s house and shows her an old medallion he bought from a gypsy at a carnival that is supposed to have magic powers of persuasion. Nyxon agrees to try it out. Shiny takes full advantage once she is under his spell, telling her to take her shirt off, letting him tie her up tight, and ultimately, having her forget he was ever there to begin with! A super fun campy video from the old days that we just re-edited, re-colored, and rendered into 1080p HD for the first time ever! 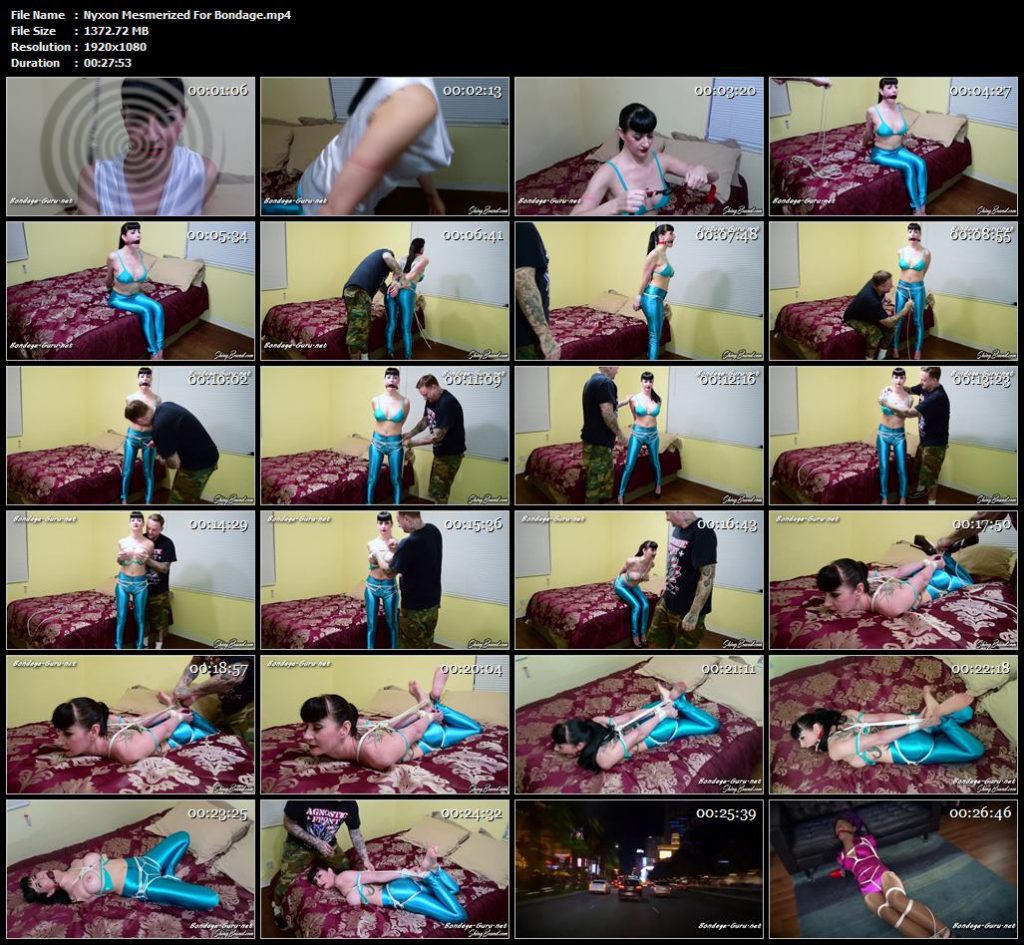