Reagan finally works up the nerve to ask her boyfriend to tie her up. As it turns out, he loves bondage and has no problem granting her request. Probably a little too well. The bondage gets tight and elaborate very quickly and before she knows it. She is bound extremely tight. As she starts to voice some second thoughts about it, he shoves a huge ballgag into her mouth, pushes her onto her belly on the bed, and ties her in a really tight hogtie. She moans and whines angrily, but he figures she is just getting what she asked for. He leans over and tells her that she is gorgeous and that he will be back later to check on her. “LATER?!” she mmpphhffs through the ballgag!

2 hours later he returns to untie his furious girlfriend. She calls him an asshole as soon as she is ungagged, but she soon calms down and agrees that was pretty fun. 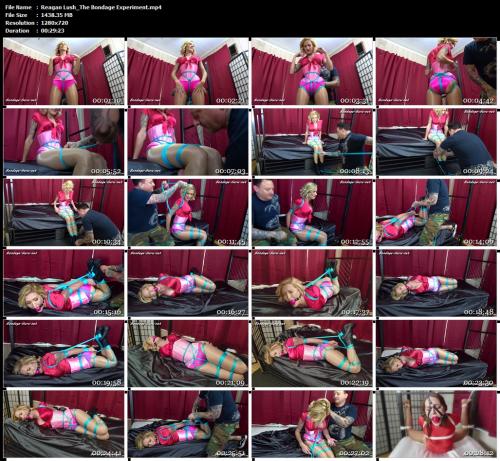 HAUGHTY MODEL GETS AN ATTITUDE ADJUSTMENT