Pantyhose Bondage and Encasement – You have the bosses wife all tied up! Now you have to fuck me! HD

He worked for a very powerful crime lord and tonight he was assigned to watch over the bosses wife Kimberly. He took Kimberly to his place and left her alone for just a minute. When he came back, there was something had come over Kimberly and she was a completely different person. She started attacking the man as she tried to get herself undressed. She wanted him to fuck her and she wanted it “Now”. The man had no idea what to do or how to stop Kimberly. He knew there was no way he could fuck the bosses wife and he needed to stop this. All of s sudden, the man came up with an idea. He told Kimberly he would give her what she wanted, but he needed to get something first. Believing she was going to get her way, she let him go. When the man returned, he had rope. Lots of Rope! He grabbed Kimberly and started to tie her up. You would think she would resist, but Kimberly didn’t care what the man did to her as long as she got what she wanted. Being tied up and manhandled like this actually made her even more horny and she continued to make advances at him. Now tightly bound, all Kimberly could do is touch herself and use her mouth. But the man put a stop to that by gagging her and putting her in a strict hogtie. He was nice enough to tie a crotch rope tight between her legs and Kimberly really loved it. Soon she was cumming in her panties and this would go on over and over again. The man hoped that eventually she would tire herself out and she would quit trying to beg him through the gag to fuck her. 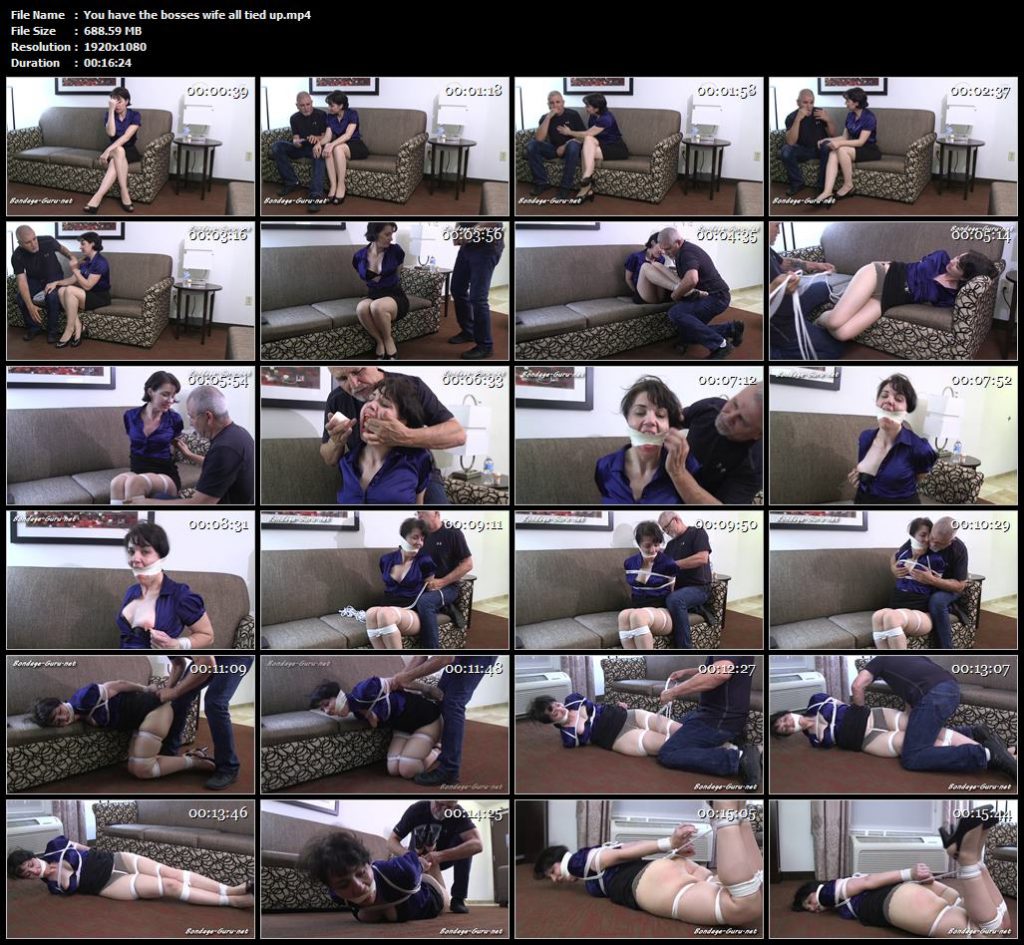 Stasha vs A Touch of Orange – BondageJunkies Clips