Starting November off right with some Nyxon and Shiny playtime caught on film. Nyxon is wearing a skimpy red shiny bikini and gets a fancy boxtie/reverse prayer. Next a crotch rope is dug in deep and tied off amidst some spankings on her gorgeous ass. Legs get tied and now she flirts while she’s stuck on her back “like a turtle that got flipped over on its shell”. Next she ballgagged and moved to the floor where a layer of tape is applied over the ball gag. Her feet are once again tied, this time she is in a hogtie position. She struggles like this for a few moments and then is flipped over on her back again. He unties and pulls her bikini out of the way and then fondles her pussy and huge exposed tits. 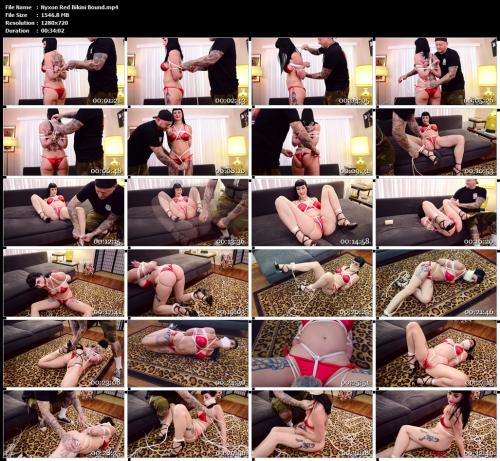