Nadia is out for a night on the town. Her and her boyfriend just broke up, so she is gonna spend the night out dancing at the clubs to get her mind off of everything. Around 11 she steps outside to get some air and cool off. She sees a guy sitting in his van in the alley and walks up to ask him if he’s got a light. Just then, the side door flies open and she gets yanked inside! Before she can even let out a scream, theres some kind of gag contraption shoved into her mouth and buckled behind her head. Her hands are grabbed and bound tight behind her, and her neck is tied and anchored to the floor. She tries to scream and panic, but it’s too late. He has her tied in very well. Fear overcomes her. Exciting fear. She can feel herself getting wet. She hasn’t felt like this since her brother’s friends all used to tie her up when they would play cops and robbers when they were young.. The man gets back in the drivers seat and speeds off down the road. Its dark and the way that she’s trapped in the back of the van, all she can see are the street lights flickering by. After what seems like an eternity the van stops and the engine shuts off. The door slams open and hands come in from out of the shadows. She is untied and led up a darkened walkway to a small garage-like building.. He shoves her inside and grabs more rope. 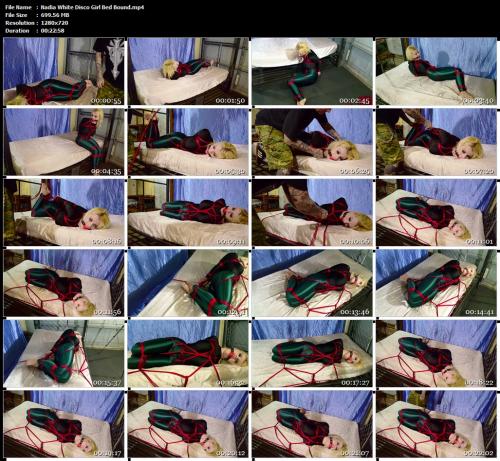