Roxee doesn’t have enough money to pay her landlord and she want’s to proceed with an alternative payment. Her landlord makes her unpack the plastic bag on the bed and there are tons of ropes in it and duct tape. He makes her gag herself and tie her own legs with the ropes. When she is done with her self bondage her landlord secures her wrists behind her back and let’s her mmmpppphhh a lot through her gag and struggle in her bondage. When she takes of her gag she tells her landlord she is feeling very naughty and asks him to re tie her and gag her again. She is fully tied with a chest harness added and a medium size ballgalg secured inside of her mouth. She struggles around on the bed while gag talking through her gag. Roxee’s gag is replaced by a tight rap around tape gag and her shirt is unbunttoned and her skirt is taken off before she is put in a toe tied hogtie. Roxee tries her best struggling on the bed while MMMMPPPPHING a lot through her stuffed wrap gag. Her chest ropes are removed and she is put in a hogtie again for the remainder of the video. 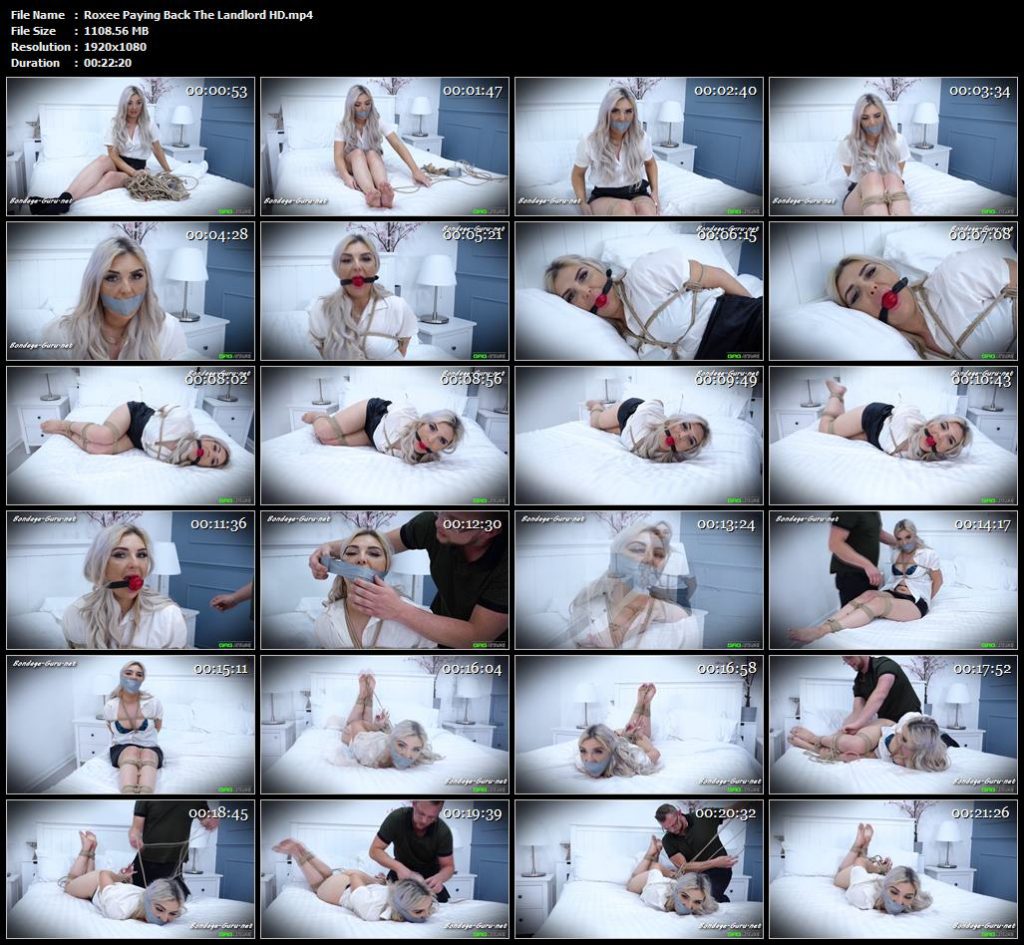 Riley Rose & Dixie Comet – Aren’t you suppose to tie us up! – Girl Next Door Bondage