After being knocked out in a playful pillow fight with her lover, Chrissy was stripped, groped and played with before he finally came to his ultimate decision to tie her up spread eagle on the bed for some tickle torture! She said she wanted to have some fun and now she is really going to get it! Except for the fact that Chrissy is so ticklish and absolutely hates being tickled, which is why this is the perfect opportunity for him to finally get his tickling fingers all over her! We see her bound with rope and blindfolded on the bed as she starts to wake up, deprived of her sight, she has no idea what happened or why she can’t move. Her lover comes in and explains to her what happened with the pillow fight and how she got to this point of being bound naked on the bed. She starts to demand he untie her right away but before she can say too much he ballgags her, she will be getting much too loud anyway as he breaks the news he plans to tickle her for 10 full minutes! She struggles hard but is tightly restricted by the ropes. He sets the timer as she squirms in anticipation. He teases her a bit and then furiously starts to tickle her sides and armpits and she tries to laugh and squeal through the large ball gag in her mouth. He tickles her socked feet briefly before deciding to remove her socks and attack her bare soles! She struggles violently to get free as she gets more angry that he is taking advantage of her like this! Then he says she is still being way too loud and he thinks her socks will do a better job and muffling her laughter! He removes her blindfold and ballgag and shoves the sock into her mouth, tightly cleave gagging her with a bandana to hold it all in. You can see the anger growing in her eyes, especially since he paused the timer to change her gag! He starts it again and gets to work torturing her by tickling every ticklish inch and even grabbing her hairbrush to tickle her feet with towards the end! He will be lucky if she every forgives him for the tickle torture he just put her through! Once the alarm finally sounds Chrissy is relieved and asks him to please untie her now. But he thinks she is way too angry for him to untie her right now, and he thinks he should leave her tied up a little longer so she can cool down! She struggles and mmphhss in disagreement as he walks out leaving her helplessly bound and gagged for the night! 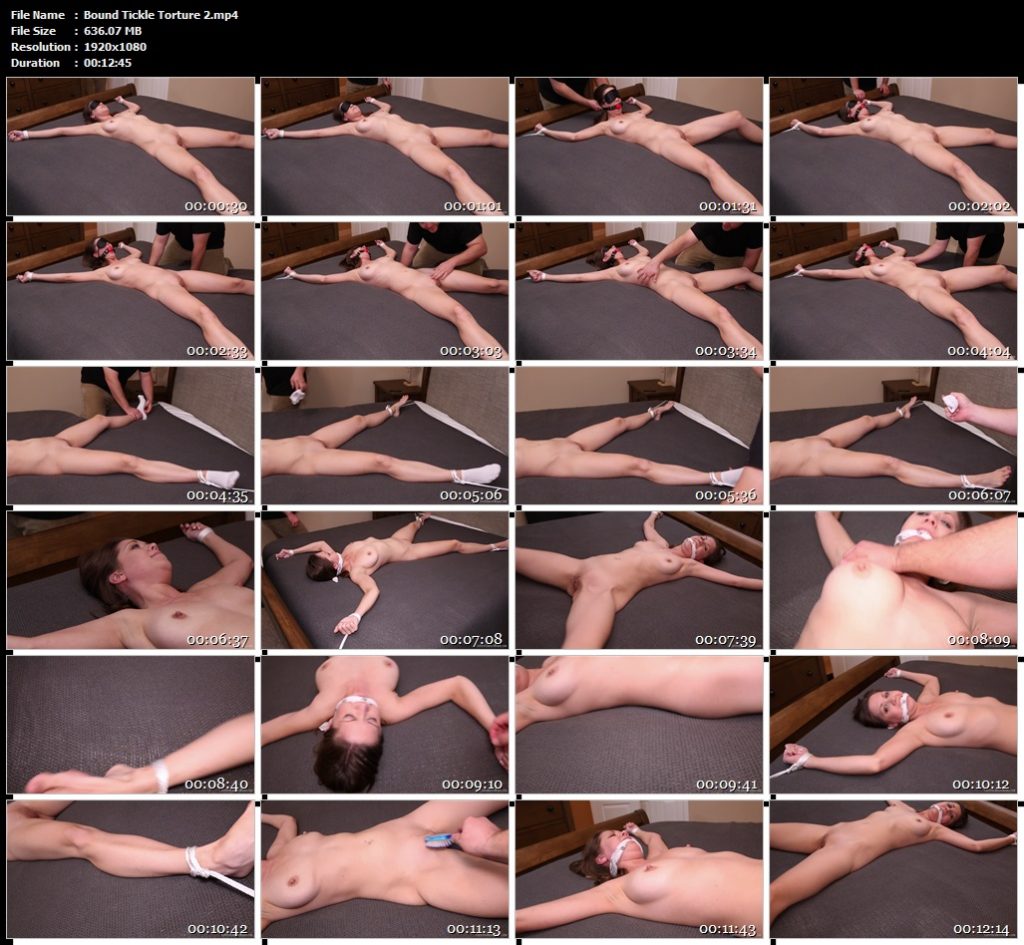