When she opens her eyes, she is very confused. She is laying in a strange satin covered bed. “What’s going on here? What am I wearing?!” she asks herself as she feels the silky spandex leotard and leggings covering her body. “Hmmm… This is weird..” She stands up but before she can get her bearings, a piece of rope comes sliding across the floor, jumps up, and grabs her around the wrist!

“What the fu…” she exclaims as it shifts and yanks her arm behind her. Another rope grabs the other wrist and whips her other arm back behind her as well and then they fasten themselves together, binding her wrists together behind her back!

“What the hell?! These ropes are alive!!” She thinks to herself. Another rope comes sailing at her, jumps, and wraps around her upper torso and tits, tensioning itself until her upper body is tightly harnessed. The same thing happens around her waist and then to her surprise. flies up between her legs and wrenches down tightly on her crotch, splitting her poor pussy right up the middle!

“Oh my god!! This is just like the video I was watching!” she smiles. She is starting to like where this is going. More rope flies at her and binds her ankles. Then a ballgag jumps up into her mouth and buckles itself!

Arielle struggles and rolls around, testing the ropes and trying to wrap her head around the wonderful thing happening to her. 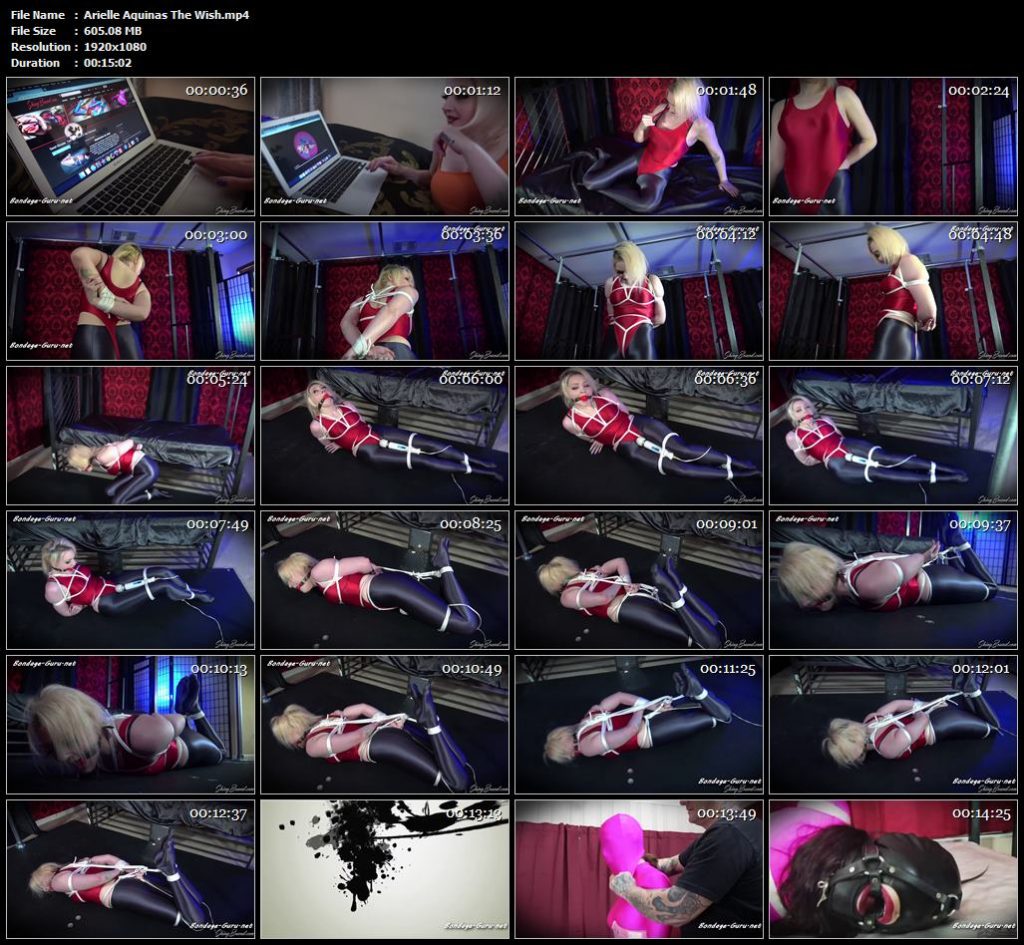