In this clip starring Randy from BM Productions, I am a nosy landlord. I should have known better then to stick my nose in places in which it didn’t belong. It’s just that I was constantly hearing weird noises coming from the apartment below me, and everything about my neighbor just seemed weird. As the landlord, and the ruler of my domain I needed to get to the bottom of this. I mean what the hell was going on down there anyways? I had a hunch that I probably shouldn’t go downstairs and investigate this by myself, but my curiosity was getting the best of me. I wanted to know what was going on sooo badly. After a particularly grueling and loud night I decide to go downstairs and ask my tenant straight up what he was doing to be making such a commotion. Surely, I had put a clause in lease stating that if he was disturbing his neighbors it was grounds to be booted out. I knock on my tenants door, and he let’s me inside. I start off nice, and tell him “he’s always been a good tenant, but lately things have been rather odd. What is going on?” I question him nosily. My tenant is a bit taken aback by my abruptness, and no nonsense attitude. I have always been a sassy bitch – what can I say. “How about I just show you?” He says in a startlingly cold yet collected voice. Before I can protest, I find out first hand what he has been doing downstairs, and what all the commotion has been about. He has me completely bound on the floor within minutes, and I am screaming for him to let me go. Did he think this is what I wanted? Maybe he thought this turned me on… The longer I was in the ropes the more I did kind of like it. However, I was terrified and pissed off. I was the landlord, and he had no right to tie me up like this. The ropes are so tight I can barely stand it. They dig into my tender, soft flesh. He has my elbows jammed together, and adds so much rope I wonder when he is going to run out. Luckily he finally stops with the rope. Pain radiates throughout my body. I almost have a heart attack when I see him coming at me with some type of ball. I have never seen a ballgag before in person. It’s huge. He can’t expect to put that in my…. mouth! Yep, he does after he pries my mouth open. He leaves me struggling in the cruel bondage on the ground. He sits back and watches his handiwork. I should have known better then to snoop into uncharted territory. 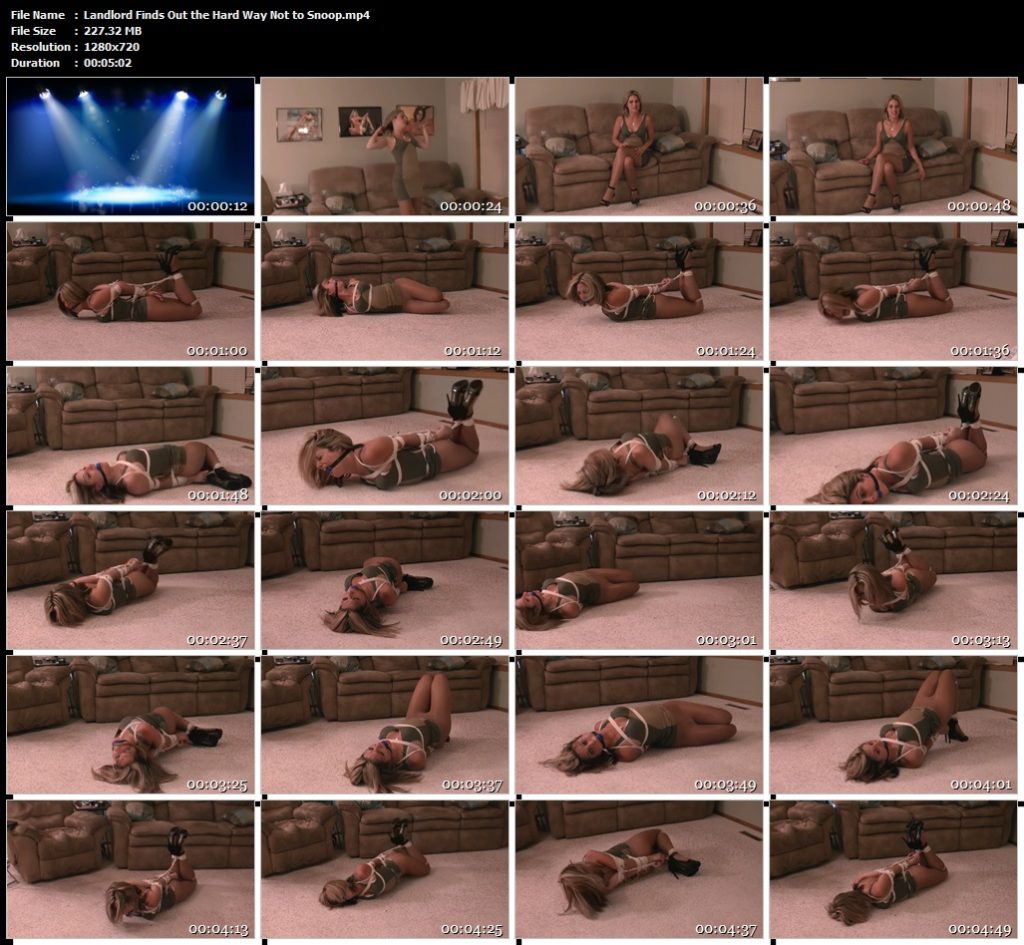