Kaiia loves to play games and tease the cute new neighbor guy. Usually she just flirts or waves at him as she comes home, but today she decides she is going to take it to the next level. She calls and asks him if he can come help her move her bedroom furniture around at about 3pm. He agrees and she tells him the door will be unlocked and to just come on in when he gets there. She puts on her favorite silky satin lingerie and stockings, and then does her makeup and hair like she is going out on the town. She pulls some handcuffs, restraints, and a bit gag out of her “toy box” and lays them out on the bed. She then proceeds to tie, buckle and strap herself down to her bed, making sure to pose herself in an appetizing spread position towards the door he will be entering very soon. She puts the bitgag into her mouth, tightens it as tight as possible, then slips the buckle closed. The drool begins immediately. Before she lays down and affixes her handcuffs, she begins to overthink. “This is it. Once these go on there is no getting out of this..Hmmm.. What if something happens and he doesnt come?! I would be stuck here for who knows how long!” She grabs a bracelet off of her nightstand and attaches the handcuff keys to it and slips it onto her wrist. “There. at least now I won’t be stuck for too long.” Confident now, she clicks the handcuffs shut on her wrists and settles in. She has done a very nice job, she can barely move at all. She lays there for an hour or so and finally hears the door open! Excitement runs through her. She is so nervous about what he will do when he finds her there all tied down and exposed! When he comes through the door, Kaiia acts surprised. Her eyes get huge and she struggles to get away or cover herself. The neighbor is a little shocked at first and rushes to help her, but then he notices the keys dangling from her wrist and it all begins to make sense. “Well well neighbor… This is elaborate. What will I do with you?” She wimpers through her gag with those inviting blue eyes. He takes some scissors and removes her bracelet and keys, and then slides her down on the bed and pulls her restraints tighter, making Kaiia’s situation a tight helpless one. “There. Now you’re not going anywhere.” He runs his hands up and down her silky stockings and over her helpless body. She responds, arching her back and moaning with pleasure. Then he sees the wand vibrator on her nightstand. “What do we have here?” he turns it on and begins gently touching her crotch with it through her panties, teasing her. Poor Kaiia is wet instantly. He continues toying with and teasing her for a bit and then he decides to up the stakes. He grabs more rope and cleverly wraps it around her waist and ties the vibrator tightly in place over her clit. He turns it on and steps away. The vibrations light her up! Intense waves of pleasure (almost too intense) wash over her and she thrashes around on the bed. “There we go. This is the show I want to see.” he chuckles. Poor Kaiia can’t get away from the ferocious toy and cums hard! ..again and again! When he has had his fun, he decides to change up her position.. He takes a rag and holds it over her mouth and nose until she goes out, and then he unties her and takes her to his house next door, where he has some dungeon space waiting. (In Part 2..) 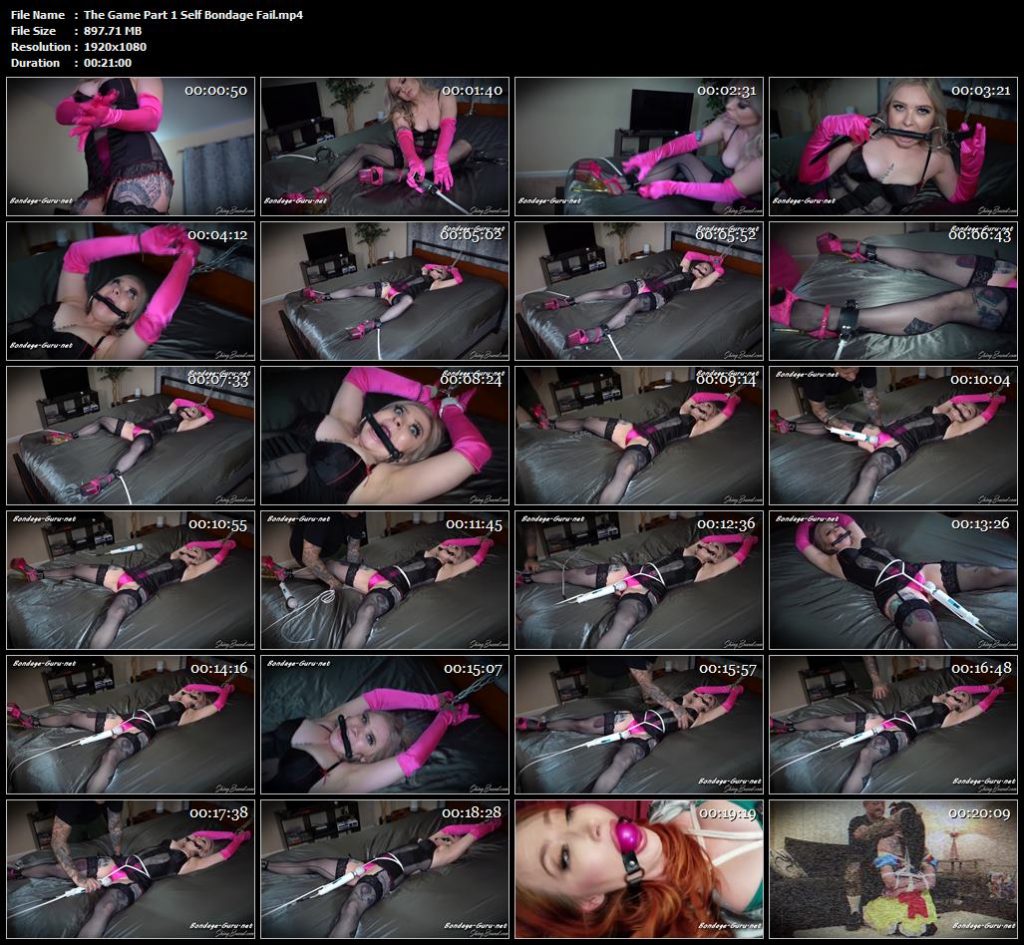